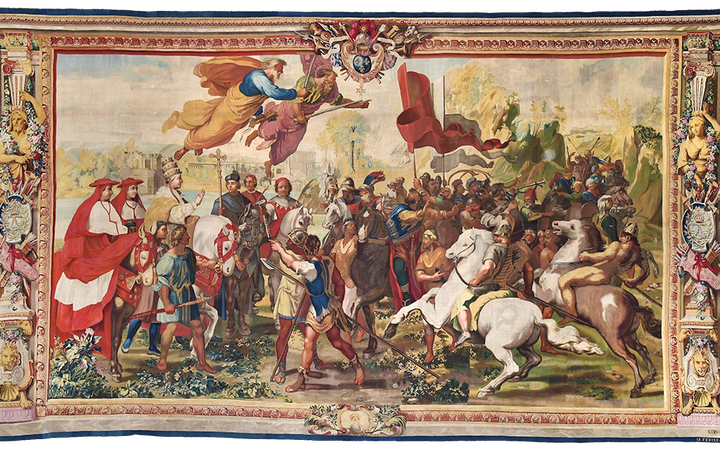 Sul filo di Raffaello. Impresa e fortuna nell’arte dell’arazzo
The Galleria Nazionale delle Marche, in collaboration with the Vatican Museums and the Mobilier National of Paris, presents an exhibition dedicated to Raphael and tapestries, from May 21st to September 12th, 2021, at Palazzo Ducale in Urbino.
The exhibition Sul filo di Raffaello. Impresa e fortuna nell’arte dell’arazzo [Business and fortune in the art of tapestry], curated by Anna Cerboni Baiardi and Nello Forti Grazzini, intends to investigate both the contribution that the painter provided in the field of tapestries - he experimented with inventions and made cartoons which were then woven in Flemish workshops -, and the fortune that the works of Raphael enjoyed over the centuries in the production of tapestries.
Through twelve large works interwoven in the best European tapestries, which mainly depict the paintings of the Vatican Rooms, Urbino will be able to show, in the majestic “Salone del trono” [Hall of the Throne], the monumental pictorial work of Raphael. The exhibition spaces will host his greatest work, created in Rome for the popes, appreciated by artists, critics, connoisseurs of all eras.
The Urbino exhibition follows research into the irradiation of Raphael's work, verifying its fortune in the field of tapestry. Visitors will find the famous frescoes that Raphael created in Rome, presented here in the colors and weaving of the textures, thanks to the set-up curated by the architects of Galleria Nazionale delle Marche. Eleven of the tapestries on display come from the Mobilier National in Paris and testify how France, more than any other country, under the reign of Louis XIV (but then until the 19th Century), had a true reverence for Raphael, to the point of conceive the "crazy" project of recreating as a tapestry in Paris, in several replicas, the most famous frescoes of the artist, using on one hand the French painters of the French Academy residing in Rome to copy the prototypes live, on the other the extraordinary skill of the tapestry makers that Colbert framed under the aegis of the Gobelins manufacture, opened in Paris and active exclusively for royal commissions, where many of the tapestries were woven.
DOWNLOAD 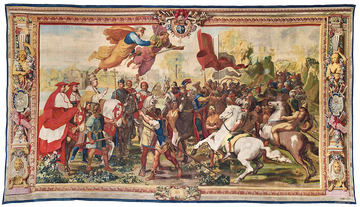