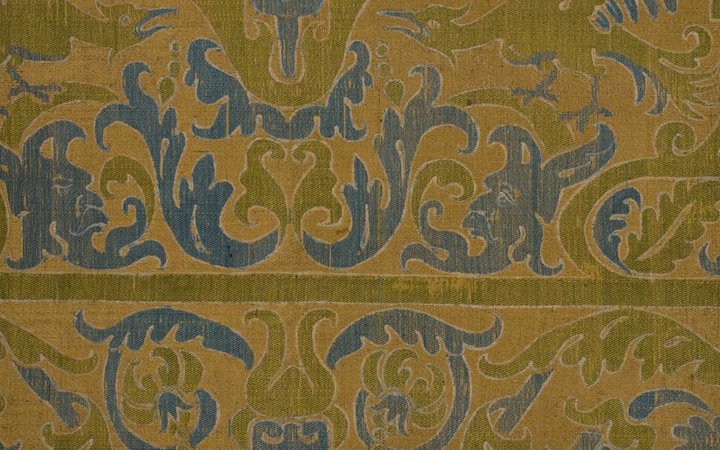 Ceramic and textiles. Dialogue between Tuscan arts of the Renaissance
The exhibition is the result of scientific collaboration between the Textile Museum and the Museum of Ceramics of Montelupo Fiorentino and features a dialogue between textiles and ceramics, two of the excellences of Tuscan Renaissance. As early as in the fourteenth century, these arts drove the economic engine of many Tuscan cities, enabling the international dissemination of a common aesthetic which would later become one of the hallmarks of Italian art from the Middle Ages to the Renaissance.
Ceramic plates, mugs, bowls produced in Montelupo workshops from the fourteenth to the sixteenth century interact with silk textiles made in the main Italian and European manufacturing centers. The comparison shown in the exhibition is at the iconographic level; the similarities in the decorations of the artifacts clearly show the common aesthetic models of the decorative arts, derived largely from Tuscan artifacts. 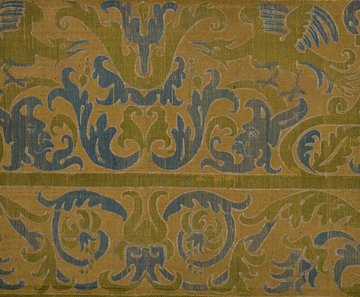